Tomorrow Is Nearly Yesterday And Everyday Is Stupid 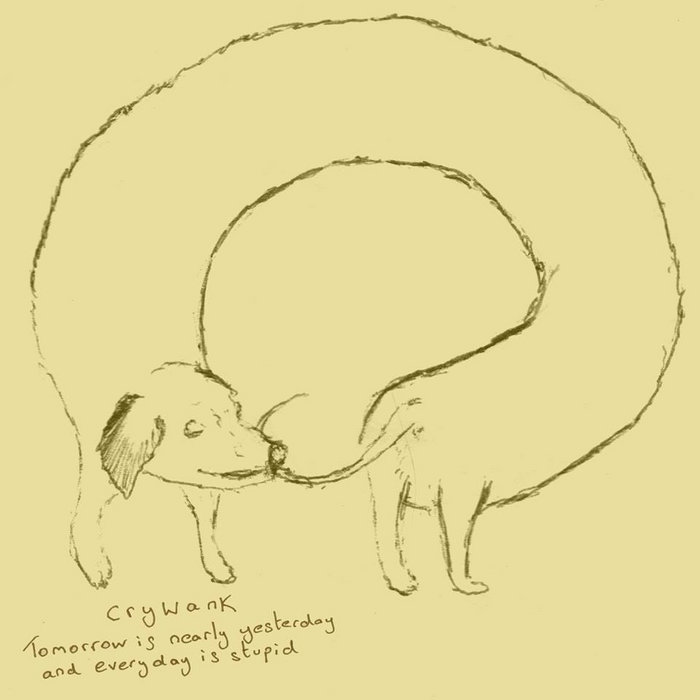 alex_sze "Tomorrow Is Nearly Yesterday And Everyday Is Stupid" is a timeless album that is uncannily relatable and I love it. Favorite track: GB Eating GB Whilst Listening To GB.

danny_like_musi_c just amazing innit Favorite track: This Song Title Was Too Long (So Now It's Shorter).

Reviews of TINYAEDIS
"James began from an unknown bedroom recording acoustic artist to one of the most iconic and prominent figures in the “sad core” scene. James’ sound has emerged in every way that is expected as an artist’s discography expands." lastonourlist.com 5/5

"It takes the depressing aspects of the previous two albums, and completely goes for that third strike. Clayton's self-loathing attitude is still there, with his lyricism taking a huge leap forward in terms of flow, ambiguity, and intellect." musicreviewdatabase.co.uk

"Crywank have refined their emo-tinged, folk-punk-esque, singer-songwriter style to an exact science... James’s realistic approach to lyricism transcends the “emo-revival” and solidifies Crywank as the folk artist to watch in 2014." Full Frequency Collective

"an absolute fucking wallowfest of self-depreciating pity that renders the album unlistenable" - thepanoptic.co.uk

Crywank are a UK based anti-folk band. They formed in Manchester. James is from Barnsley, Dan is from Darwen. They mostly write sad songs and have been told they are the worst named band in the country.

Bandcamp Daily  your guide to the world of Bandcamp