Fist Me 'til Your Hand comes Out My Mouth 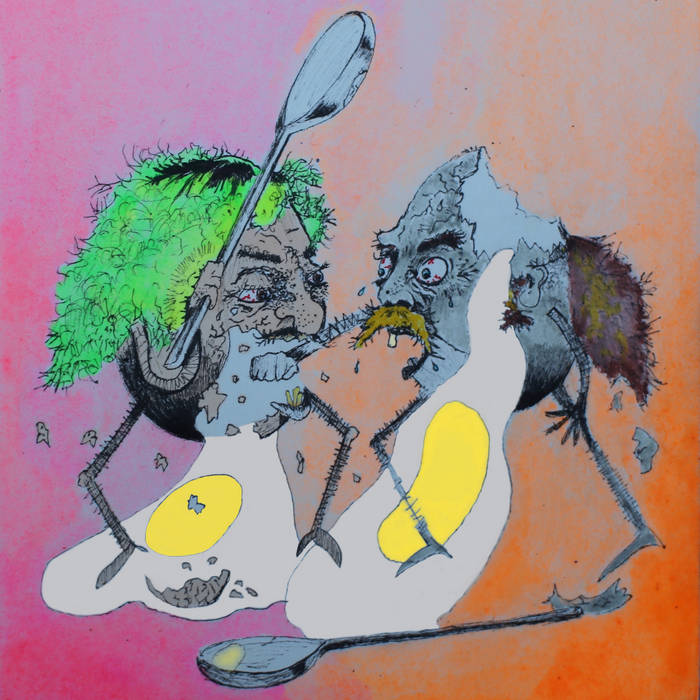 vomenlovemusic I wrote a whole review on this album here: (www.projectorcollective.net/reviews/crywank-fist-me-til-your-hand-comes-out-my-mouth)
In short: one of the most important artistic statements of the decade Favorite track: Deep Down I'm Really Mark Smith.

Aemiq These boys really understand to leave on the crest of the wave and managed to end their joint trip in an album that itself is the trip. Have a great one, Dan and Jay! I wish I couldve seen you play live at least once in my lifetime.

harrisonmichiels At first I didn't give this album a fair shake and damn, was that a mistake. This is currently one of my favorite albums and I just can't stop listening. The seamless transitions into each song gets me super excited for the next track. Also the lyricism by both Dan and Jay is incredible and very diverse, whilst also feeling like it all comes together. The singing/yelling is top notch and my favorite of any Crywank release to date.
Good job Jay and Dan, you both never cease to amaze. Favorite track: I Love You But I've Chosen Me - Part IV: Just Potatoes.
more...

'Fist Me 'til Your Hand Comes Out My Mouth' is our final album for Crywank. It was recorded half way through our 2019-2020 farewell tour which was postponed right before the USA leg due to the covid-19 pandemic. It's the first of our albums to feature percussionist Dan on lead vocals and songwriting, which he does for half of the songs, with James doing the other half. The album was recorded in variety of ways, in a recording studio, on mobile phones whilst traveling, on a Tascam four track tape recorder in a practice room and dictaphones whilst seeing friends. Songs where written about our time together and time apart, and where written both together and apart. Some songs made on our own would be completed by the other. There are also a few solo songs from both James and Dan. It wasn't recorded or approached how we usually would an album, with the focus whilst making it being that it's made more for us than for an audience. As a sort of form of therapy to create some joy out of what is inevitably disintegrating. We wouldn't have been able to do this album if it wasn't for Joe of No Studio (or any of our albums since our Tour Demos seven years ago for that matter). As we approached this more conceptually it meant way more of a demand on an engineer and prodcuer and we really appreciate all of the work Joe has put into this. This album is about our relationship with both each other as friends and bandmates, and our relationship with the band, and how it' gradually taken over our lives. It's about codependency, ownership, resentment, ego, privilege, the importance of self-reflection and the importance of being silly. We hope you find a moment of joy or self-reflection within this album, and that what we've made out of our crumbling can make the crumbling worthwhile.

All songs written by Crywank

Crywank are a UK based anti-folk band. They formed in Manchester. James is from Barnsley, Dan is from Darwen. They mostly write sad songs and have been told they are the worst named band in the country.

Bandcamp Daily  your guide to the world of Bandcamp